Since I’ll be sharing a few chocolate recipes this year, I thought it would be important to have a post about how to handle chocolate. Now, weirdly I am much better with sugar. I can sculpt roses by hand out of sugar, but man when chocolate and I get together I seem to find it in the weirdest places afterward and make a complete mess doing it. How does chocolate even get on your elbow when you haven’t melted any yet? This post will go over the basics of chocolate, how to temper, and any tools you may need. Let’s get started!

This course is a part of the ‘How to Sleigh the Holiday Season‘ series. This series is about making food gifts (all candy/desserts this year) for friends, family, and neighbors. I have two courses similar to this one so far:

I created these courses because I am making more difficult treats this year and wanted everyone to be caught up on what’s needed for the recipes. My schedule for the posts got a little off track, so I already have a ribbon candy post up and next Saturday I will be releasing a chocolate recipe! Don’t forget to subscribe so you don’t miss any of this! I strongly recommend getting familiar with this post for next weeks recipe 😉 .

Now I’ve already mentioned a few reasons you should temper your chocolate above, but let’s review!

When chocolate is tempered it will have a nice snap, be shiny and smooth, and even in color. Untempered chocolate can bloom (cocoa butter rising to the surface causes white dots or streaks called blooming), it will look dull, be softer/crumbly, and generally undesirable.

Those are really the only reasons, but I mean they’re really important and good reasons to temper. Plus, tempering chocolate is not that hard. It adds on about 5-10 minutes to the overall process, but it makes it so much more worthwhile. So forget what you’ve heard about tempering being hard, it really isn’t.

When to Temper Chocolate

You do not need to temper chocolate for baking like in chocolate chip cookies, brownies, etc. Tempering chocolate is really for dipping, coating, or whole chocolate treats like truffles, bark, etc.

You should temper chocolate anytime you want a nice chocolate appearance and mouthfeel. You don’t necessarily have to temper for a simple drizzle, but it will look better if you do.

Everything You Need to Know About Tempering Chocolate

What is tempering in general?

For dark chocolate, you will want to bring it up to 114-118°F, milk chocolate to 105-113°F, and white chocolate to 100-110°F. Then, while stirring and through other methods, you will bring the temperature down to 88-89°F for dark chocolate and 84-86°F for milk and white chocolates. At this point, your chocolate is tempered and it is very important to keep it that way. Don’t let the chocolate get above 90°F when reheating (if it becomes cold) and don’t let it get so cold that it is becoming noticeably thick and hard to work with. Raising the chocolate above 90°F or below 83°F can untemper it, if you are worried it is untempered do the temper test (see below). If it is in fact untempered you will have to start from step one to re-temper.

Tempered chocolate is the best to work with between 88-90°F, it will give the best snap and gloss and will coat things evenly without being too thick. So after lowering the chocolate to temper, you will need to bring it back up to this temperature range to work with it if you are coating/dipping. If you are making bark or filling molds you won’t need to bring it back up to temperature unless it becomes cold enough that it is hard to work with or will become untempered. 88-90°F is ideal for coating/dipping because it will create a nice thin layer of chocolate without being too thick of a shell (hotter will cause the chocolate to be untempered). 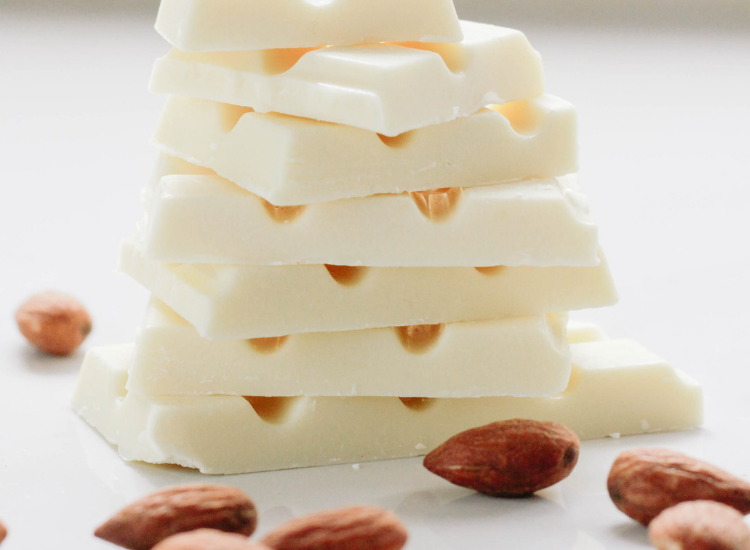 I am going to teach you the easiest way to temper chocolate using milk chocolate as an example. First I am going to explain the two ways you can melt chocolate.

Using a double boiler (or a glass bowl placed over a saucepan of simmering water, make sure the water isn’t touching the bottom of the glass bowl) stir the chocolate frequently until the desired temperature is reached, and then carefully remove to avoid getting any steam/water into the bowl of chocolate (will seize).

Now this way can be a little unreliable and risky, but it is easier and fewer dishes. I don’t personally recommend it, but you do you. Place the chocolate into a microwave-safe bowl and microwave in 10-15 second burst stirring every time (even if it looks like nothing is happening, it will distribute the heat more evenly). Keep heating and stirring until the desired temperature is reached.

How to Seed Chocolate for Tempering

Other Ways to Temper Chocolate

Now seeding is arguably one of the easiest ways to temper chocolate for average home use. If you are using a large quantity of chocolate, this is another option. Melt the chocolate in a double broiler (microwave is not recommended here) until it is about halfway melted (still has little lumps of unmelted chocolate, and they are surrounded by a pool of melted chocolate). Pull off the heat and keep stirring it until all the little lumps are completely melted (the residual heat will melt them, just takes a few minutes). You can keep stirring until it gets cold, should feel cold comparatively or feel room temperature if you touch it and should be somewhere in the lower 80’s °F. You can also use a gloved hand (or bench scrapers) to swirl and move it around a clean work surface until it becomes cool enough (recommend for large quantities). Once it reaches temperature, you can then fill molds or coat items (would use hand to get a thin coating since chocolate will be thicker and colder).

If you used a bowl to cool it instead of swirling it on a work surface, you can return it to the double boiler to get it warm if it cools too much, but don’t let it go over 90°F or you will have to re-temper.

The constant agitation of the chocolate as it cools helps align the crystals to achieve a good temper, so keep stirring or moving it around with your hand as it cools.

This way would not work for dipping/coating unless you are scraping off the excess chocolate from the thing you are coating as it will be thicker from cooling down (unless you heat it back up).

How to Test Tempered Chocolate

Alright, that should be it. Let me know if there is anything I missed and I hope you learned something new. Over the next few weeks I will be releasing recipes that pertain to the three courses in this series, so look out for some tasty recipes and subscribe so you don’t miss any of this! 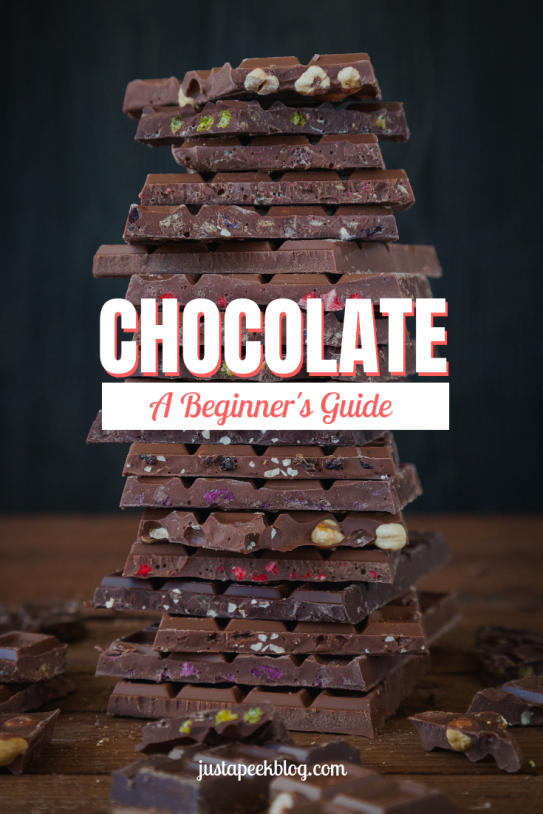 6 thoughts on “A Beginners Guide to Chocolate”