We adopted Cal in December 2016. I volunteered with Animal Rescue of the Rockies and was mostly responsible for creating and publishing the newsletter. Due to my position, I received a lot of emails from throughout the organization about events, new adopts, the whole nine.

One day I saw the cutest little fluff ball and just couldn’t get over it. I proceeded to show just about anybody that would listen because I thought he was so cute. However, we had adopted Sammy and Oliver (their story here) only 6 months prior and I just assumed that adopting this little guy was going to be a big ‘NO’ from the evil Derek (he is really nice and loves the cats, but he is very practical and would never let us put ourselves or an animal in a situation to where we couldn’t properly care for it). 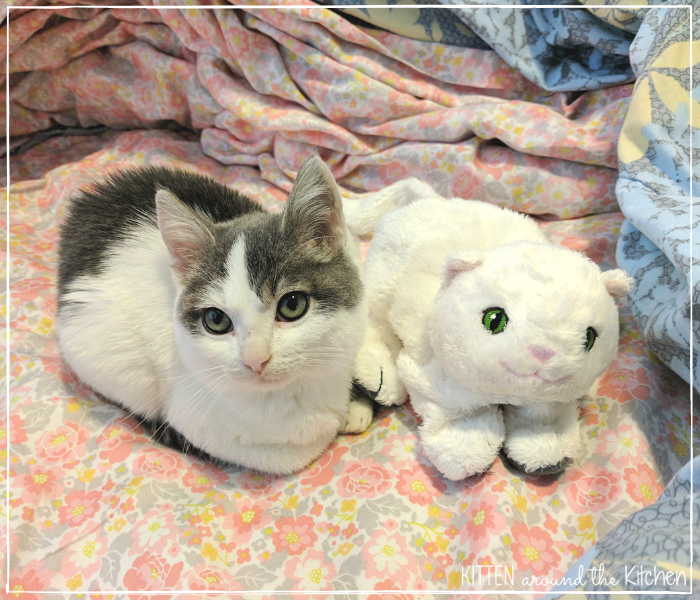 To my surprise, Derek asked me if I wanted to adopt the little guy. I was beyond excited. Like, I don’t think I have ever been more excited in my life. I was talking a million words a minute, practically hyperventilating and nearly bouncing off the walls with excitement. I contacted the current foster mom, and she said I was more than welcome to pick him up and foster him for a few weeks as a trial run.

The day we picked him up he was much smaller than I thought he would be. He also seemed like he had more fluff than his body could handle and I thought he looked suspiciously similar to Steve Buschemi (until he got a much-needed bath). The foster mom told us a bit about his story which entailed a small kitten scaring two fully grown women in a dumpster. He had fallen in the dumpster from a nearby tree and couldn’t climb or jump out due to the high sides. The two women were eager to help the little guy, but didn’t realize the amount of energy and tenacity this little one was born with. Eventually, Cal lost the fight and was taken captive and eventually handed over to the foster mom where he quickly lost any feral-ness he garnered in his two months on the streets. We call him our ‘street kitty’.

When we got home, we started him in the bathroom because he still needed tests and vaccinations before being cleared to interact with Sammy and Oliver. He spent about a week in the bathroom before he was released into the wild…uh… apartment. I would spend 4-5 hours a day in there with him so he wouldn’t be lonely and worked on domesticating him. I went so far as taking naps in there with a pillow and blanket (I told you I was a Crazy Cat Lady in training, don’t act surprised). He loved to sleep on my lap and cuddle with me. He also loved to play, but since he was so small a lot of our toys were comically large compared to him.

One of my favorite stories is how we thought we almost lost this little guy in the bathroom. One morning I went in to give him some breakfast and do the normal kitty routine and couldn’t find him anywhere. I went and got Derek and we speculated where he could have gone, going so far to think that maybe he went down the shower drain (to be fair it was pretty big) or snuck underneath the door. Eventually, we found him under the bathroom sink tucked behind a piece of wood with sleep still in his eyes.

Once Cal was cleared and declared healthy as a fox, we let him out of the small bathroom. Initially, Cal took off and ran laps all throughout the house for what felt like hours (his energy knew no bounds, and still doesn’t). After the initial meet and greet, Sammy and Cal became quite close. Sammy declared himself ‘Mommy’ and slept with and cleaned Cal regularly. It was quite cute. Once Cal was released from the bathroom he turned into a completely different kitty. He explored everything and tried to get into every little nook and cranny. Cal proofing the house became a full-time job as he could fit into nearly anything his little heart was set on.

Cal taught the ‘Big Kitties’ (Sammy and Oliver) how to meow. Now, Cal is a talkative little man, but Sammy and Oliver still meow nearly silently and don’t get into anything like Cal does. They are super well behaved and their curiosity stays on floor level, unlike Cal who has tried to jump onto the ceiling fan. Cal also taught the Big Kitties how to jump and ended the days of them using their claws to quite literally claw their way to the tops of things. 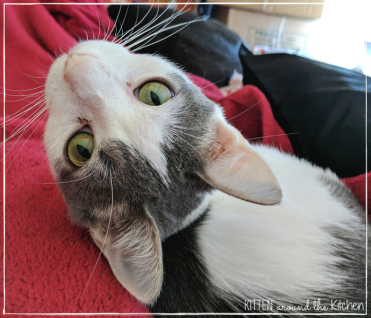 Cal eventually grew out of his Steve Buscemi phase but is still as hyper and mischievous as when we first adopted him. He follows me like a shadow and expects me to get on the floor with him and play like a big kitty (which usually entails me on all fours chasing after him and playfully knocking him over or tossing him onto the couch as he runs back for more).

He has to be playing almost all the time and will cry for hours if I don’t interact with him. He plays fetch (thank goodness) and this usually wears him out pretty good without me needing to run around the house with him. He loves to play so much that we often awake to a small pile of toys at the foot of our bed that he brought us in the middle of the night. Seriously, this cat never stops. 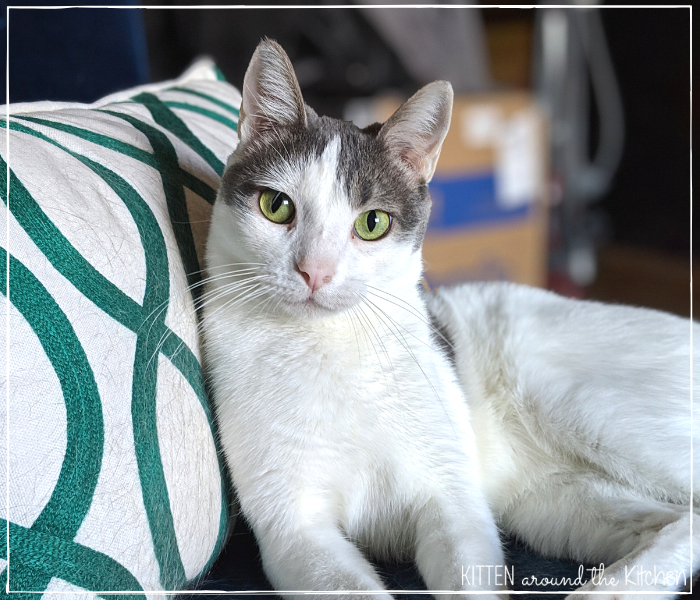 5 thoughts on “The Adoption Story – Cal”